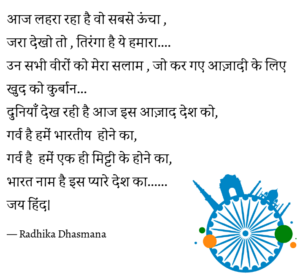 Is Hindu Marriage a Sacrament or Contract ?

Marriage is one of the universal social institution. It is established by the human society to regulate the life of human beings. The Hindu Marriage occupies an important place. Hindu Marriage can be defined as religious sacrament in which man and women are bound for permanent relationship for social, physical and spiritual purpose of Dharma and Procreation. Generally a couple shall be said to married only if they had completed the Saptapadi . It refers to completing seven rounds along with the holy fire which is the witness of their marriage. After completing the seventh step the couple legally becomes husband and wife. There is a following passage in Manu Smriti- “ I hold your hand for saubhagya that you may grow old with your husband you are given to me by the just , the creator, the wise and by the learned people”.
The nature of Hindu Marriage involves the transfer of dominion over the damsel, from her father to her husband and which has always been the foundation of peace and order in any civilised society was amongst Hindus, a settled institution with a religious character attached thereto even at the vedic period. If we turn over the Hindu Shastras or if we have a glance over ancient Hindu Jurisprudence, we mostly find that the marriage ceremony is the last of the ten sacraments. Marriage tie a knot which can never been broken and it is a relation established from birth-to-birth. Some Smritikars have also said that the Hindu marriage is so pure and sacrament that even death cannot break off the relation of wife and husband. The main object of marriage according to Hindus is getting of children and the proper performance of religious sacrament for their further generation. In ancient Hindu Law, Women were to be respected and honoured. Manu has said “women must be honoured and adorned by their fathers, husbands, brothers and brother-in-laws. Where women are honoured , there the Gods are pleased but where they are not honoured , no sacred rites yields rewards .” As marriage is said to sacred, it is irrevocable . The other party to the marriage cannot dissolve it at will. Marriage as a sacramental union implies that it is permanent union. Marriage is a tie where once it gets tie it can’t be untied . The marriage is valid, not only in this life for the rest of seven births of life. Later Hindu Law has introduced the system of Divorce because during the ancient time there was no such terms related to divorce or Judicial separations. Manu disapproves the concept of divorce and remarriage. Hindu scriptures holds the views that marriage is at the root of all religious activities. Marriage is primary for the fulfillment of duties towards a family, a society and the basic aim of marriage is Dharma. According to Mahabharata, “The wife is the source of Dharma, Artha, Karma and Moksha”. A man is considered incomplete before his marriage i.e he was only half of his self only after the commencement of the marriage he would be completely born and hence the wife is known as Ardhangini but now after the enactment of Hindu Mariage Act, 1955 Sec 13 DIVORCE and Sec 13(B) DIVORCE BY MUTUAL CONSENT Hindu Marriage is no more a complete sacrament. Widow Remarriage and hence the sacramental character of The Hindu Marriage is done away with it. Hindu Marriage is no more an eternal union puropose which is regarded as unity of two souls for religious and spiritual purposes. The Hindu marriage contemplated by the HINDU MARRIAGE ACT, 1955 hardly remains sacramental.
It is now subject of debate that either Hindu Marriage is a contract or still a sacrament . Marriage is regarded as a highest social relationship of a human being in a society. Sec 5 and Sec 12 of the Hindu marriage Act, are the pertinent provisions to know whether Hindu Marriage is Sacrament or a Contract. So, it can be concluded that though Hindu Marriage has some elements of a Contract but it can’t be regarded as purely a Contract.

THEORIES OF PUNISHMENT AND CRIMINAL LAW SYSTEM OF INDIA

“Crime is the commission and omission of an act which the law forbids or commands under is in pain of punishment to be imposed by the state by proceeding in its own name.”
-Miller

Crime is an act of social deviance. And the society wants to stop every social deviant by exercising social control. This social control can be informal or formal which is exercised through sanctions which can be positive or negative. When it comes to crime society through its formal social control exercise negative sanctions.
Punishment is imposition of hardships in response to misconduct. Thus, the aim of inflicting punishment is to curtail the crime. H. Kelson in his General Theory of “Law and State” described “sanction is socially organized consists in a deprivation of possession- life, freedom or property.”
As the society evolved reactions towards crime changed at every stage. Generalizing those reactions there are three types of attitude towards crime:-

Traditional Approach- This is one of the extreme type of emotion displayed by the society where the wrongdoer is tagged as dangerous for the society. Thus, punishment is inflicted upon him in order to protect the society.

Victim Approach-In the second reaction the criminal is not seen as dangerous element but he is seen as a victim of the circumstances. In this the criminal is a sick who requires treatment.

Preventive Approach- In this the society tries to remove all the elements present that help in making a criminal.

This theory is based on the notion of eye for an eye, tooth for a tooth. It is a vengeance theory. Retributive theory is based on rights, desert and justice.The punishment is such that the wrongdoer should compensate for the wrong committed by him. When a person interferes with other rights, he forfeits and gives up his own rights and submits him to others interference in his life as legitimate. The guilty deserved to be punished and no moral consideration relevant to punishment outweighs the offender’s criminal desert.

It is based on the Roman Doctrine of Poena Tenere Debet Actors Etnon Alios, which means punishment belongs to guilty and not others. Once the wrongdoer pats for his act he admitted to the mainstream of the society.
MERITS
• This is based on utilitarian school. Thus, in this theory punishment is end in itself.
• This theory believes that in proportionate punishment should be given.
•  It  is  impartial and neutral in nature.
DEMERITS
• This theory failed to lay down guidelines or principles for proportionate punishment. Thus, it is difficult task for the judges to measure punishments for crimes.
•  Punishment is inflicted not only for vengeance but also to prevent crime.

EXPIATORY THEORY
This is based on the notion of to pay for the sin committed. This is somewhere close to the retributive theory. The punishment is such that victim is satisfied or adjusted to suffering. The offender will serve the victim and their dependents to compensate the deprivation which will create the sense of repentance and cleansing of heart.
MERITS
• The chain of personal vengeance can be reduced in the society.
• It can prevent the criminal behaviour in the society as it stops the chain of reaction.
DEMERITS
•  This theory is impracticable as it is idealistic.
• Experimentation of this theory is too expensive in terms of public safety and security.

DETERRENT THEORY
The notion of fear is found in this theory. According to this theory the object of punishment is to deter the offender from repeating the same course of conduct so that the persons and property of others may not be harmed. The punishment should be so severe that the criminals will not think of committing it and probable criminals are also deterred committing the same offence. Bentham treated the offence committed as an act of past, which can be used as an opportunity of punishing the wrongdoers in such a way that the future offences will be prevented.
MERITS
• It somewhere succeeds in deterring crimes.
• Dangerous criminals can be eliminated.
DEMERITS
• Severe sanctions sometimes produce ironic results. It may harden the criminal as he is once accustomed with punishment, deterrence loses its strength.

PREVENTIVE
This theory is based on the notion of Prevention is better than cure. Thus, the purpose of this theory is to prevent crime. The offences can be prevented when the wrongdoer’s activities are checked and this check is possible by disablement. This disablement can be of various types and keeping in prison is limited form of disablement. The effectiveness of this theory is based on promptness and proportion factor. If the investigation is delayed the theory will become ineffective.
MERITS
• Criminals are used as means in order to prevent others from committing the sane offence.
DEMERITS
• It defeats the notion of presumption of innocence until proven guilty.
• Its techniques are quite harsh in nature.
•  This  can make criminal more violent rather than changing him to a better individual.

REFORMATIVE
Mahatma Gandhi said -“Hate the sin, not the sinner.” This theory is based on this notion only and this is the most civilized theory of punishment. Now the state act as an welfare state not as one to take revenge for the crime. Human mind can transform. Everyone has a past, present and future and so does a criminal. A human touch is given to Criminal Law and brutalities of punishment are reduced. The purpose of punishment is to crush the criminality in humans not the humanity in criminals. In the case of Narotam Singh v. State of Punjab the Hon’ble Supreme Court held that “Reformative approach of punishment should be the object of criminal law.”However, in the case of M.H Hoskot v. State of Maharashtra, The Hon’ble Supreme Court cautioned judiciary for showing more leniency to the offenders based on reformative theory would amount to injustice to the society. The offences like economic offences the balance has to be maintained between security of society and rights of offenders.
MERITS
•  This theory is reaction to deterrent theory, which has failed to take into consideration the welfare of criminals.
• Mould the behaviour of criminals as nobody is born as a criminal.
DEMERITS
•  High hopes of this theory never materialize and met with failure as hardcore criminals cannot be reformed.
• It requires huge investment.
• It overlooks the claims of victims of crimes.
• It always blames the corrupt social environment not the intention and motive of the criminal.

CRIMINAL LAW SYSTEM OF INDIA
The Criminal Law System in our country has adopted Multiple Approach Theory, as application of any single theory may not render complete justice. The theories of punishment are not mutually exclusive. Hence, judicious combination of all the theories is the latest approach