Misuse of Rape Laws against Men in different States of India

Misuse of Rape Laws against Men in different States of India 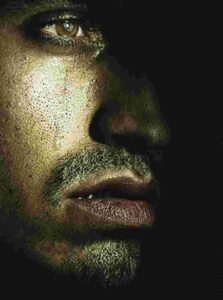 Rape is a type of sexual assault usually involving sexual intercourse or other forms of sexual penetration carried out against a person without that person’s consent.

Section 375 of the Indian Penal Code defines rape as “sexual intercourse with a woman against her will, without her consent, by coercion, misrepresentation or fraud or at a time when she has been intoxicated or duped, or is of unsound mental health and in any case if she is under 18 years of age.”

As we all know that rape is said to be one of the most heinous crimes that takes place in our country. Even after having a lot of stringent law the cases are not declining. one of the biggest reason of the rising cases are that the accused is already aware of the pendency of the court he knows that even if he commits a crime it will take an entire life for the victim to get justice. there are cases where victim dies before getting justice which shows the harsh reality of the judiciary.

But on the other hand fake rape cases on men are also increasing day by day too. A lot of incidents that has reported where men has been accused for rape but lately it was found that it was a fake allegation which not only ruins the life of a men but also bring a question of distrust on those women who have actually gone through the horrible experiences of rape.

One of the biggest reason I find out of women accusing men’s for fake rape allegations is that women are lacking strength to accept the fact that they are not virgin. Though we live in the 21st century but society still doesn’t want to accept pre- marital sex between an unmarried couple. In India any kind of sexual activity of women before marriage brings a lot disgrace to the family. So when the family finds out that such activity has taken between the couple.

Here few women play a victim card even though the sex might have taken place consensually still the women lie to protect themselves from the shame and judgement of the society and that’s how some women use there rights and put forth there point that the sexual activity between them was forced and had taken place without there consent. Any sexual activity without consent of the woman amounts to rape.

This is not it there are also cases where women extort money from men in the name of filing a false rape case against them. In a relationship people share intimacy between them and there private moments too but when things fall apart the women blackmail men to pay her or she will hamper his reputation. These cases are common in metro cities. Though the cases are less as compared to the cases of women who are more vulnerable to blackmailing etc.

We are all aware that one false allegation is enough to destroy someone’s life or there carrier. accused in a false case of rape loses his honour, cannot face his family and is stigmatised for life.

Different cases and different reports are  being prepared which shows clearly the rising false rape cases in our country. Some of the fake rape cases and reports that were found in different states were

According to the National Crime Records Bureau, a total of 38,947 rape cases were reported in India in 2016. In 10,068 cases – about a quarter – the women claimed it was rape on false promise of marriage.

Whereas in Andhra Pradesh , 45% of all rape cases filed in the past two years fell into the false marriage category.

A Delhi Commission of Women report shows that 53.2% of the rape cases filed between April 2013 and July 2014 in the capital were found ‘false’.

Whereas in Jaipur police says that in 2016, they saw an ‘alarming rise’ in the number of false rape cases. Jaipur Police recorded 330 rape cases and of the 276 cases solved, 43% turned out to be fake. Police told the media that women filed these cases to extort money or implicate the accused.

Lastly we can conclude that all these false cases give rise to the pendency in the court and also waste a lot of precious time of the court. So people who put  such false allegations of rape and misuse the law could not be permitted to go scot-free, strict action should be taken against these people so nobody can dare to take the law in a lenient manner.